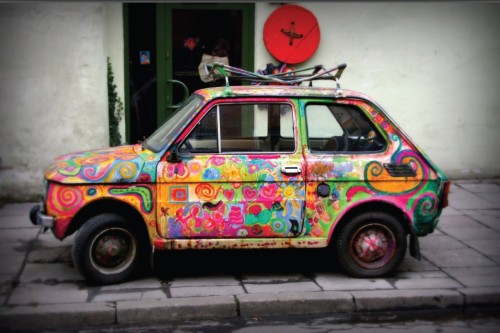 Fiat 126 – a car constructed in FIAT factory, produced in Italy in 1972-1980, and in Poland from 6 June 1973 to 22 September 2000 (Polish Fiat 126p). The Polish licenced version was produced in Fabryka Samochodów Małolitrażowych „Polmo” Bielsko-Biała car factory in Bielsko-Biała and in Tychy.

For many years Fiat 126 p was one of the most popular cars in the Polish streets. It has a lot of colloquial names. The most popular of them, Maluch (=Titch), became an official name of the car in 1997.

Fun fact: Tom Hanks is a big lover of Fiat 126p? Watch this video to find out more!